No matter how you slice it, the world of robotics is serious business. As scientists around the world mix robotics and 3D printing, we see incredible innovations emerging that will indeed change the face of manufacturing from brick-laying robots for construction to advanced prosthetics, and far more. But there is also an arena for robotics that is increasing in popularity, offering a deeply innovative quotient along with competition and most of all—fun. These are events where we get to watch robots duking it out, built by teams of humans who are enthusiastic about combat, to say the least!

Obviously, these combat robots need to be not only serious showstoppers—and with the more special effects the better—but as with any vehicles meant for battle, they must be incredibly strong. And lucky is the team that has built their combat robot with parts from a Markforged 3D printer, known for offering strength first and foremost.

Alex Crease, an applications engineer at Markforged, decided to enter his own creation into the ring, attending the MASSdestruction event at Artisan’s Asylum earlier this month. Crease blogged about his experience, and explained that the Markforged 3D printers are actually used more commonly for combat robotics than you may have imagined—in fact, he describes this as one of their niches. They have sponsored other combat teams in the past too, from creating the robot bodies to 3D printing shock absorbing mounts. With a special interest in horizontal spinner robots, Crease decided to use 3D printing with the Mark Two for improving on some of that technology with his own design called ‘Foiled.’ By 3D printing both the chassis and the center of the weapon disk, Crease saw that he would be able to give his bot a ‘critical advantage’ due to the materials he had access to. And if you have been following the Markforged 3D printers, you’re aware that they offer a list of versatile materials from fiberglass to nylon and microcarbon, and more. Offering a double printhead and the opportunity to create objects as strong as aluminum, the Mark Two 3D printer allows for users to do much more than they could previously with other methods such as CNC machining.

Crease had the obvious upper hand with technology, using Onyx with Kevlar reinforcement for the chassis and a 3D printed carbon fiber insert for the center of the weapon disk.

“The spokes of this insert I designed to be upside-down airfoils,” stated Crease. “This means that whenever my weapon is on, the forces from the airfoil help the robot stick to the ground.”

In the first battle, Foiled took on AmbiSinister. And in a very exciting twist, it turned out that this team had also used Markforged 3D printed parts. Sadly for AmbiSinister, however, he was flipped over and ‘spinning like a top’ almost immediately. Not long after that, Foiled had won his first combat experience. Check out the video below and see Foiled win not long after AmbiSinister takes his first major tumble:

Crease points out that this success might not have been possible using parts from another 3D printer with materials more commonly used. Due to the strength and lightweight qualities, he was able to take Foiled right to the top in his first combat event. 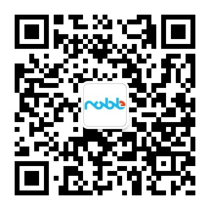